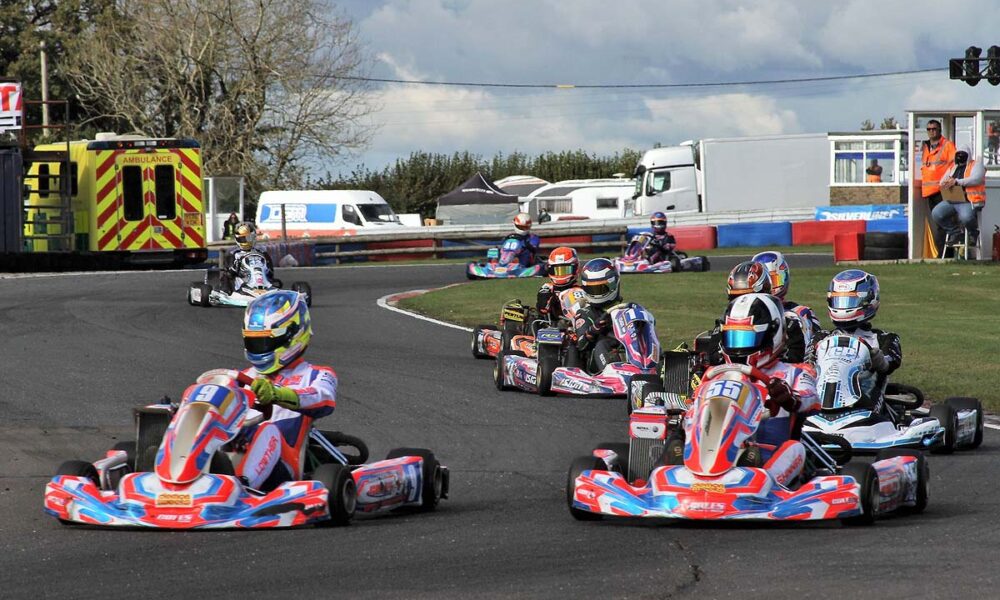 Last weekend at Clay Pigeon Raceway the top British drivers competed in the prestigious O-Plate event which was also traditional Rotax Festival weekend. In SeniorMax class we could see the Polish SuperOne winner from 2019. Maciej Hamera posted one of the fastest lap times and finished the final in top 10, which was a quite good result considering the level of the field.

The Rotax Festival is a traditional event always taking place in late summer at the legendary Clay Pigeon Raceway, which is one of the oldest karting tracks in the UK. This year besides of the many prizes, also the O-plate trophy was up for grabs which is Open British Championship.

The Rotax Festival always attracts many high profile drivers in all classes including those racing in European and world series. It’s always a tough and experience demanding competition, where a single final race is the title decider. In this season’s O-plate fight we could see the Polish driver Maciek Hamera, who had great pace in almost all the races. The event formula is slightly different to other major events, where normally heat positions are decided by timed qualifying. At this event, all the heats were randomly generated which produced the additional complication of going through the traffic.

Hamera finished the first heat in a strong P5 with the third fastest lap time, soon to deliver the second heat in P13 from P24. The third heat was unfortunate where Maciek dropped to the back of the grid in a first corner incident, however with his pace he was able to deliver a still good P10, with two fastest sectors on the track. Unfortunately engine failure and a swap to the training unit for the final, was far from ideal. However the young Vision Motorsport driver starting from strong P15 was still able to deliver a decent top 10 finish. A good result, considering that for the event we had 55 SeniorMax drivers signed up, probably the strongest and largest grid in the 2020 UK racing season.

The event was won by Kai Hunter, British Junior Max champion. Second was taken by his older brother Rhys, which is also the Open Canadian and British champion from 2019. Third went to Lewis Gilbert, the IAME Euro Series winner from 2018. P4 finish and a missed podium by the smallest of margins went to Morgan Porter who is the Kartmaster winner from this year and world nr 7 in Iame.