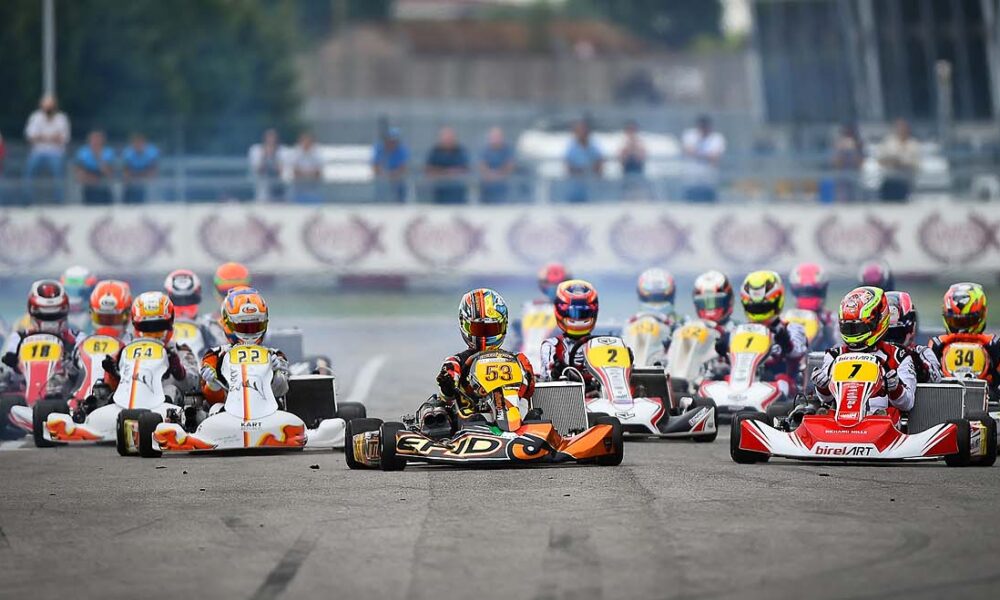 The second round of WSK Euro Series is on at the Adria Karting Raceway with an important and high-quality presence of 220 drivers out of the entered 240 in the four categories MINI, OKJ, OK and KZ2 after the opener in Lonato.

The main constructors, teams and most competitive drivers on the international scene are present in representation of 48 different countries spread all over the world. Some interesting debuts and some category changes happened, like the debut of the enfant prodige Andrea Kimi Antonelli in the highly competitive shifter category KZ2 ahead of his forthcoming debut in the Italian F.4 Championship powered by Abarth.

The leader Kremers on top in KZ2, as Antonelli puts in a surprising performance.
The second round in Adria kicked off on Friday with free practice in the morning. In the first session of KZ2, classification leader from Holland Marijn Kremers (BirelART Racing/BirelART-TM Racing) posted the fastest time in 47.005s and was followed by Emilien Denner (Intrepid Driver Program/Intrepid-TM Racing) by just 0.040s while the surprising Andrea Kimi Antonelli (KR Motorsport/KR-Iame) was third at 0.124s from the top. Francesco Celenta (Parolin Motorsport/Parolin-TM Racing) came out the winner of the exciting battle that took place in the second session with a best time of 47.199s. He was followed by the two BirelART drivers, Riccardo Longhi at 0.034s and Giuseppe Palomba at 0.064s.

Tsolov is the quickest in OK.
The fastest time of OK was posted by the Bulgarian driver Nikola Tsolov (DPR/KR-Iame) in 47.026s in the first session. He was followed by the Norwegian Martinius Stenshorne (Leclerc by Lennox/BirelART-TM Racing) in 47.127s, who was the fastest of the second session. The British driver and current classification leader Arvid Lindblad (KR Motorsport/KR-Iame) posted a 47.201s in the first session, while the American Ugo Ugochukwu (KR Motorsport/KR-Iame) followed him in 47.442s. The Pole Karol Pasiewicz (DPK/KR-Iame) was second in the second session in 47.208s and led the Italian Brando Badoer (KR Motorsport/KR-Iame), whose fastest lap was completed in 47.256s.

Walther leads the pack OKJ.
Three sessions have been run in OKJ. The fastest of all was the Dane David Walther (Koski/Tony Kart-Vortex), who was the quickest in the third session with a lap time of 48.821s. He was followed by the French Enzo Deligny (Parolin Motorsport/Parolin-TM Racing) in 48.846s. The best of the first session was the Jamaican Alex Powell (KR Motorsport/KR-Iame) in 48.880s, who proceeded the Brit Freddie Slater (Ricky Flynn/Kosmic-Vortex) as he posted a 48.999s as best time. The Italian Leonardo Baccaglini (KR Motorsport/KR-Iame) came to the fore in the second session with a lap time of 49.056s and he proceeded his American teammate Xander Reed (49.139s). Classification leader Rashid Al Dhaheri (Parolin Motorsport/Parolin-TM Racing) lags behind at the moment as he is only 46th with a best time of 49.239s.

Good performance for classification leader Pesl in MINI.
Three sessions were also run in MINI, that counts 82 drivers at the start. The best time was posted by classification leader from Czech Republic Jindrich Pesl (BabyRace/Parolin-Iame) in the first session (53.846s), while the Italian Davide Bottaro (AV Racing/Parolin-TM Racing) went quickest in the third session (54.158s) and the Spaniard Christian Costoya (Parolin Motorsport/Parolin-TM Racing) in the second (54.370s). The Italian Jacopo Martinese (CMT/Parolin-TM Racing) was also among the quickest and came second in the first session with his fastest time of 53.950s, the Romanian David Cosma-Cristofor (Gulstar Racing/KR.-Iame) was second in the second session in 54.480s, and another Italian, Emanuele Olivieri (Formula K Serafini/IPK-TM Racing) was second in the third session in 54.296s. 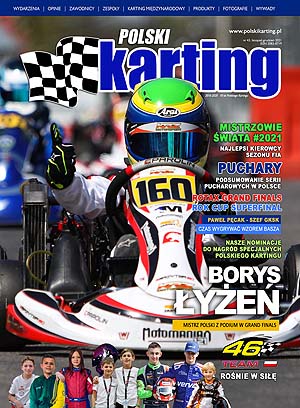