WSK: Who will win the second round of the Euro Series? 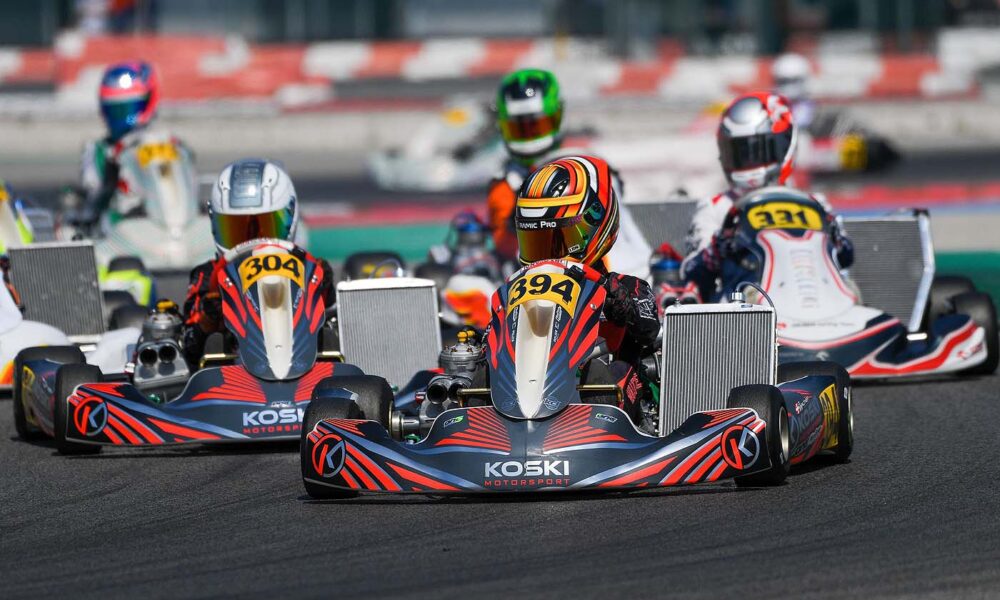 WSK: Who will win the second round of the Euro Series?
P S

In KZ2 the first position in the heats went to the Dutch Marijn Kremers, that of OK to the Brit Arvid Lindblad, OKJ’s to the Dane David Walther, MINI’s to the Czech Jindrich Pesl. Prefinals and Finals on Sunday with TV Live Streaming from 10:40 to 14:00.

The 38 heats held between Friday and Saturday defined in Adria the finalists of MINI, OKJ, OK and KZ2 in this second round of WSK Euro Series, that will reach its conclusion on Sunday, June 13th with TV Live Streaming. The starting grids of the finals will be defined based on the Prefinals on Sunday morning, from 10:40, while the four finals of each category will get underway at 14:00. Heats on Friday and Saturday named the main contenders to the final win.

Full-haul for Marijn Kremers in KZ2.
In the most powerful category, KZ2, classification leader Marijn Kremers (BirelART Racing/BirelART-TM Racing) got the best result in the heats. The Dutch driver completed the full-haul taking the pole position, winning all three heats and earning the first position for the final stages on Sunday. The other heat winners were his teammate Riccardo Longhi, the Spaniard Pedro Hiltbrand (Leclerc by Lennox/BirelART-TM Racing) that won heat B-D, and the French Emilien Denner (Intrepid Driver Program/Intrepid-TM Racing). Kremers will have to face the challenge by Francesco Celenta (Parolin Motorsport/Parolin-TM Racing) and Giuseppe Palomba (BirelART-TM Racing).

Arvid Lindblad on top in OK.
In OK the classification leader from Britain Arvid Lindblad (KR Motorsport/KR-Iame) came to the fore in the heats after posting the third time in qualifying practice. Lindblad won all the three heats, while the poleman Nikola Tsolov (DPR/KR-Iame) had a tough day, as the Bulgarian was the fastest in qualifying practice, but then he scored to DNFs that compromised his path to the final stages on Sunday. In the third heat Tsolov recovered 21 places ending 10th, but this was not enough to qualify on one of the front spots. The Italian Brando Badoer (KR Motorsport/KR-Iame), the Swede Norton Andreasson (Ward Racing/Tony Kart-Vortex), the Brazilian Matheus Morgatto (BirelART Racing/BirelART-TM Racing) and the Pole Tymoteusz Kucharczyk (BirelART/RK-TM Racing) were also among the fastest.

David Walther dominates OKJ.
In OKJ, after a total of 15 heats, the Dane David Walther (Koski Motorsport/Tony Kart-Vortex) is leading the pack as he secured the pole position and won all 5 heats. His path did not leave much to his rivals. The first of these is the British driver Freddie Slater (Ricky Flynn/Kosmic-Vortex) who won 3 heats. The Swiss Enea Frey (Ricky Flynn/Kosmic-Vortex) claimed 2 wins, the Pole Gustaw Wisniewski (Sauber/KR-Iame) also 2 as the Jamaican driver that posted the pole position time in practice Alex Powell (KR Motorsport/KR-Iame), the Italian Leonardo Baccaglini (KR Motorsport/KR-Iame) won one heat after leading the second qualifying session.