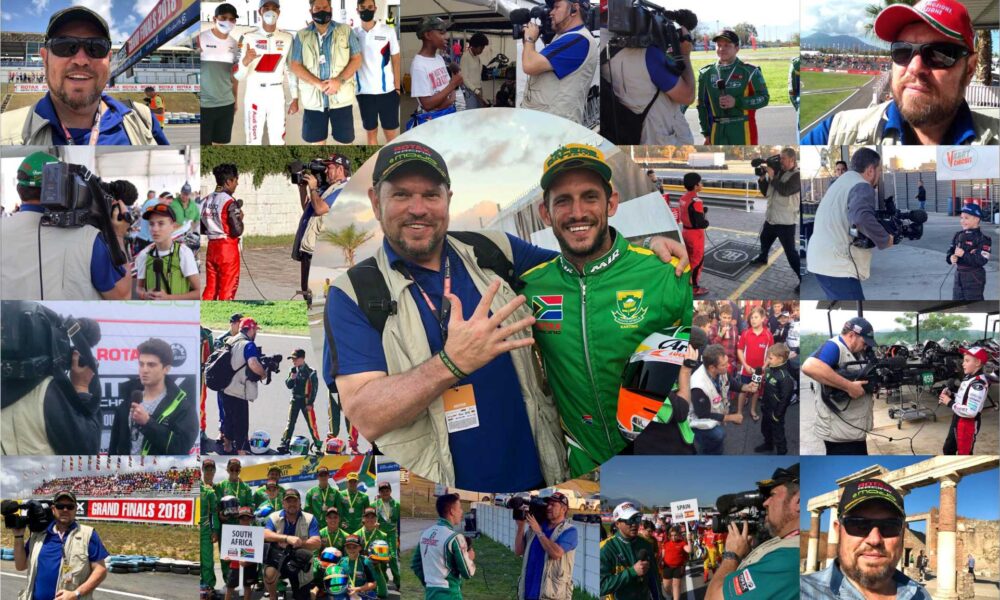 Jan Hartzer, passed away. Karting journalist, member of the Rotax family, associated and describing karting for many years not only in the Republic of Africa, where he lives, but also around the world.

I always receive such information with great sadness. They’re nailing me. Especially when someone with whom you exchanged views, opinions and comments leaves. Someone like Jan Hartzer, who has been associated with sport for many years, especially with karting. He was a walking karting encyclopedia and the best South African kart journalist I knew. From 2000, he reported on the world finals of the Rotax Grand Finals and the actions of drivers of the Republic of Africa. He enjoyed many triumphs and successes with them. He was extremely respected and loved by drivers and their fans.

Many times we have been able to watch, measure and whether his reports, not only from world events, but also from the country where he lived. For me, as a statistician and documentary journalist, these reports were important, needed and invaluable.

We met in Italy during one of the world finals of the Rok Cup International. We watched many international events together, especially the Rotax Grand Finals, where Jan could be found because he has always been there. We recently exchanged views on the Corberi case, which is so famous all over the world.

More and more often we hear about journalists who are leaving. Real journalists. Jan Hartzer was one of them.

Polish Karting expresses sincere condolences to His Family and Friends.