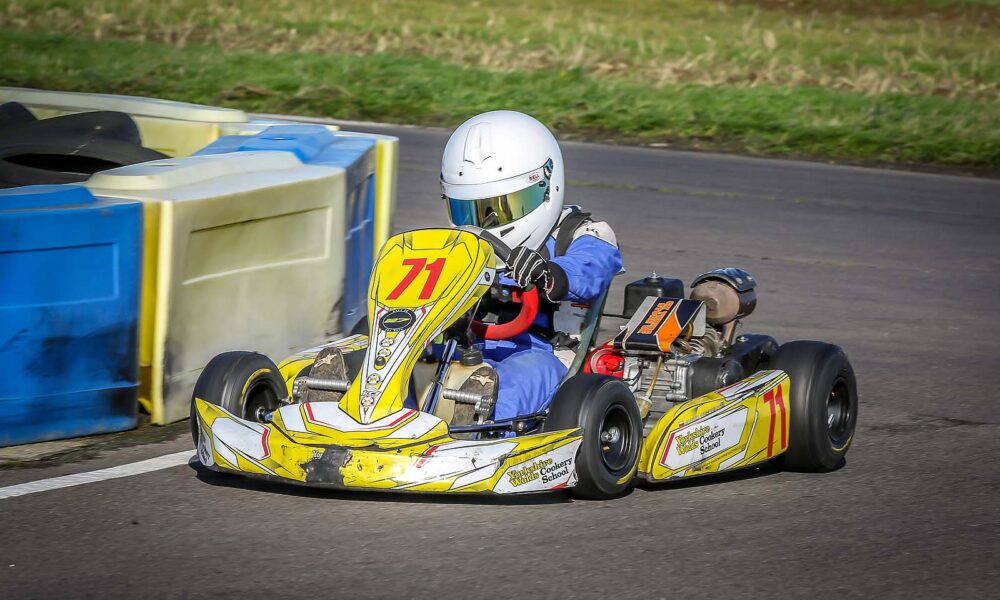 Jakub Trzeciak took second place in the last round of Woodthorpe Kart Club Championship competition. He proved to be one of the fastest among drivers racing with the Honda engine during the O’Plate Trophy.

Jakub Trzeciak, who is third in Woodthorpe Kart Club Championship, brilliantly raced in the ninth round of championship. In O’Plate Trophy has achieved his greatest success. He won pole, won the qualification to the final, and started in the final race on the first position. At the finish line came second, just behind of Liam Hartley.

It was the best racing weekend in the career of a young driver racing regularly at the Woodthorpe track. We have already wrote about Jakub CLICK THIS LINK. He was one of the revelations of recent months in WKC Championship. A young Pole has a good chance of winning his first podium in English club championships. For full success there is a lack of good position in the last round of competition, which will take place at the end of November.

During the last competition at Woodthorpe Jakub was at the forefront of qualifications. He started third in the first race and won with confidence. In the next he checked in as the third driver, starting from the twelfth position. Finally in the last heat he finished on the second position, again starting the race from the twelfth field. These results gave him pole position in the final race.

It is worth mentioning that Rick Varley helps to Jakub. Rick is the creator of his son’s Luka amazing results, who was champion of Rotax category in Great Britain and won in the Rotax Euro Challenge in 2009. Jakub Trzeciak has recently made his amazing progress on karting tracks under the eye Rick Varley.