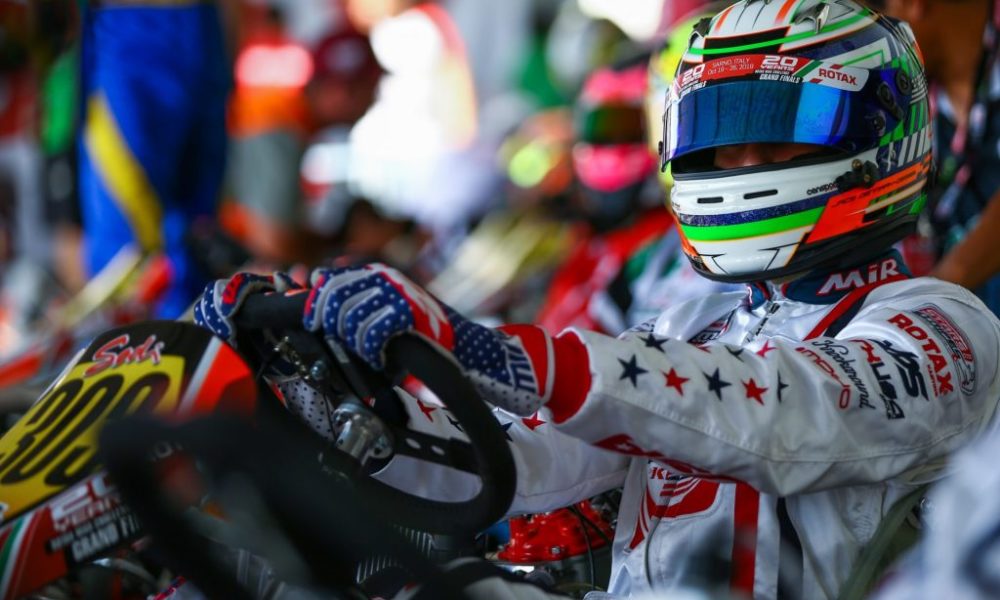 Follow the daily progress of Jace Denmark-Gessel who competes for the first time this week at Sarno, Italy, in the 20th edition of the Rotax MAX Challenge Grand Finals where he’ll defend the colors of Team USA within the Senior MAX class!

This Thursday was all about Qualifying Heats for Jace Denmark-Gessel who competed in his last two races on his way to a potential qualification for the Senior MAX Final taking place on Saturday which will be the closing day of competition in this year’s Rotax MAX Challenge Grand Finals in Sarno.

Having finished in a good 10th place in his opening heat yesterday, confidence was again by the American hopeful’s side in his second run where he had to cope with strong opposition within the upper part of the field. Putting on fast lap times all through the 10-lap race, he was able to make up a few positions on his way to the ninth rank at the chequered flag!

His third and last Qualifying Heat started equally-well as he progressively climbed up the field, overtaking drivers by each lap up to a potential eight position until two rounds from the race end where the expected result slipped through his fingers as he lost ground down to 18th crossing the finish line.

“Today was definitely two-sided in my last heats. I was again amongst the fastest on track altough not feeling entirely satisfied with the chassis set-up yet. I made up a few places in my first race but the second one didn’t go as planned. The pace was there, though, and I was about to secure another Top 10-finish before I lost a bit of ground in the last laps. That’s part of the game, now let’s focus on tomorrow’s Prefinal and try to bring home another strong result !,” said Jace in his daily report.

Jace Denmark-Gessel’s journey at Sarno enters his next phase on Friday with the Prefinal where fighting for a place within the Top 36 drivers entering the Senior class’s Final will be the main target!