Convincing victories for Day and Travisanutto in Kristianstad. 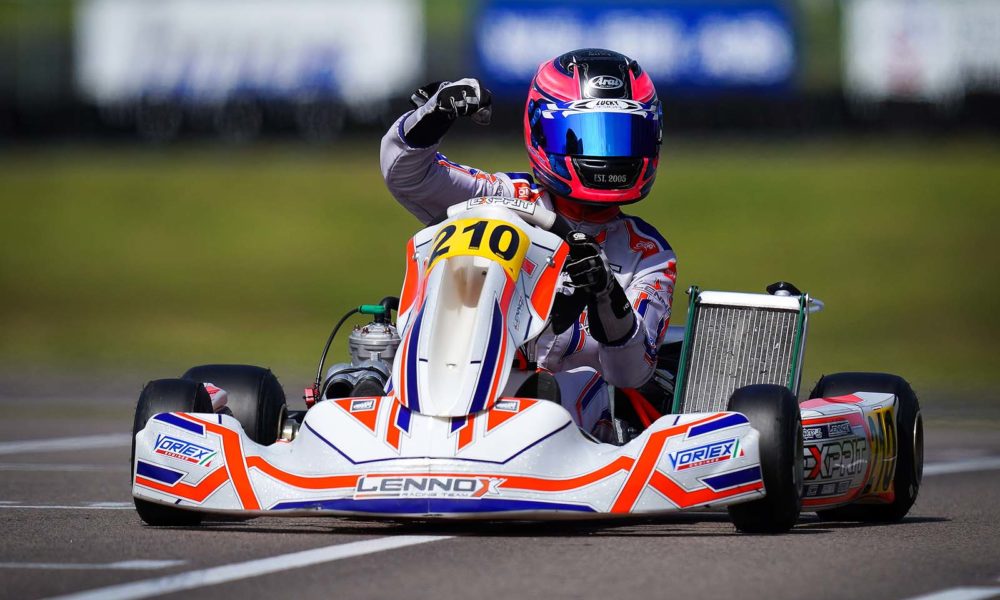 Convincing victories for Day and Travisanutto in Kristianstad.
P S

To finish the Swedish Kart Grand Prix in style, the last races proved to be very interesting in the Kristianstad sun. The third Competition of the FIA Karting European Championship – OK & Junior slightly changed the positions and scores of the provisional rankings. The last meeting of the season, in more than a month and a half at Le Mans (FRA), promises to be exciting for the awarding of the titles.

The Swedish Competition was very selective on the Åsum Ring circuit, which has reinforced its reputation as a difficult and demanding track. Always proactive in organisation, the Kristianstad Kart Klubb has managed a very enjoyable meeting, in close collaboration with the RGMMC Group, the Promoter of the FIA Karting Championships. Several innovations enhanced the sporting spectacle in front of a large audience.

After a Saturday entirely devoted to Qualifying Heats, the last races of this selective phase finalised the list of 34 Finalists in a heightened atmosphere. This third meeting of the FIA ​​Karting European Championship – OK & Junior 2019 has once again proven, if it were necessary, the complexity of high-level kart racing where nothing is decided in advance between the exceptionally talented Drivers and highly professional teams. 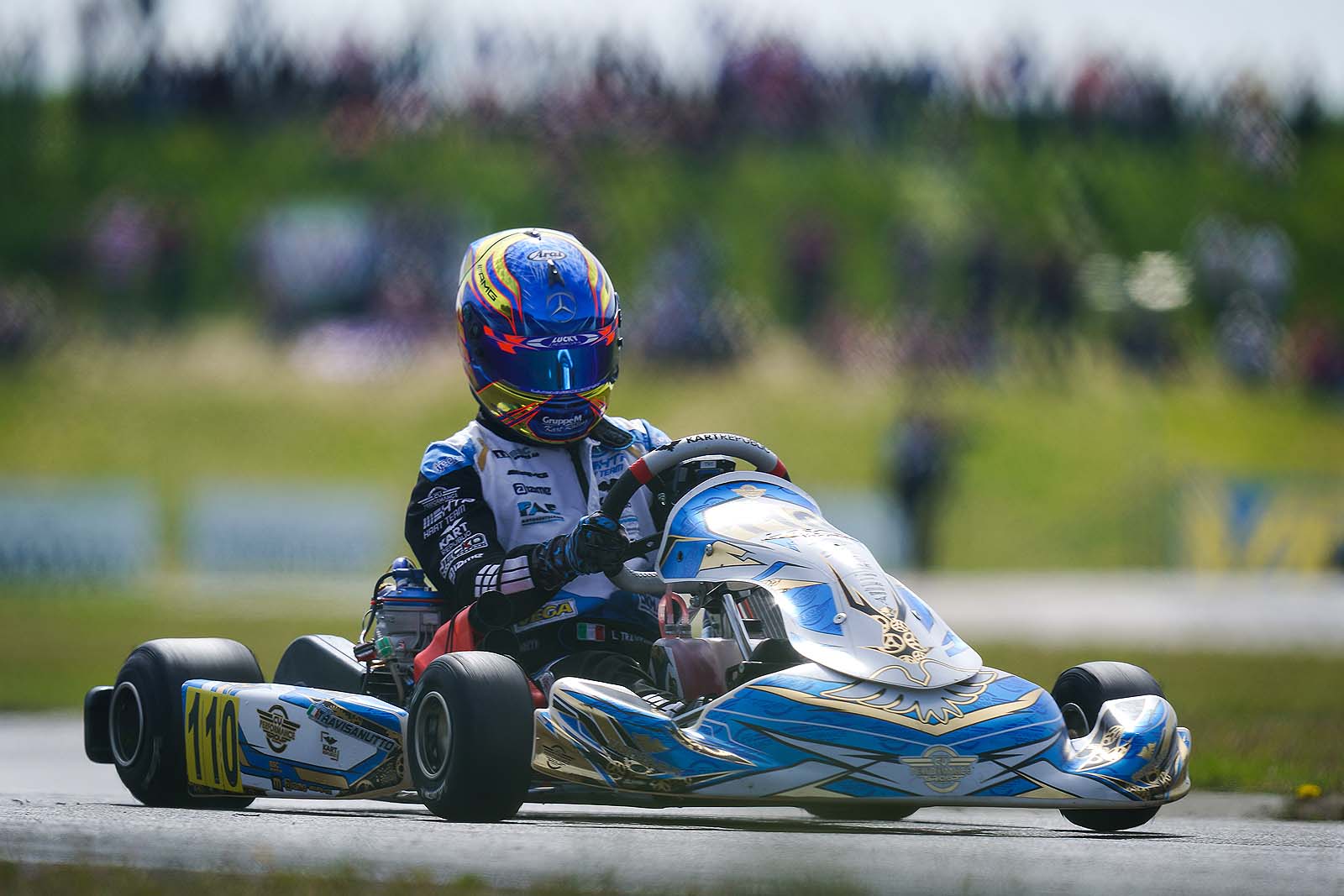 2nd after his recent victory at Genk, Marcus Amand is at the top of the Championship with a small lead over Thomas Ten Brinke and Tuukka Taponen. 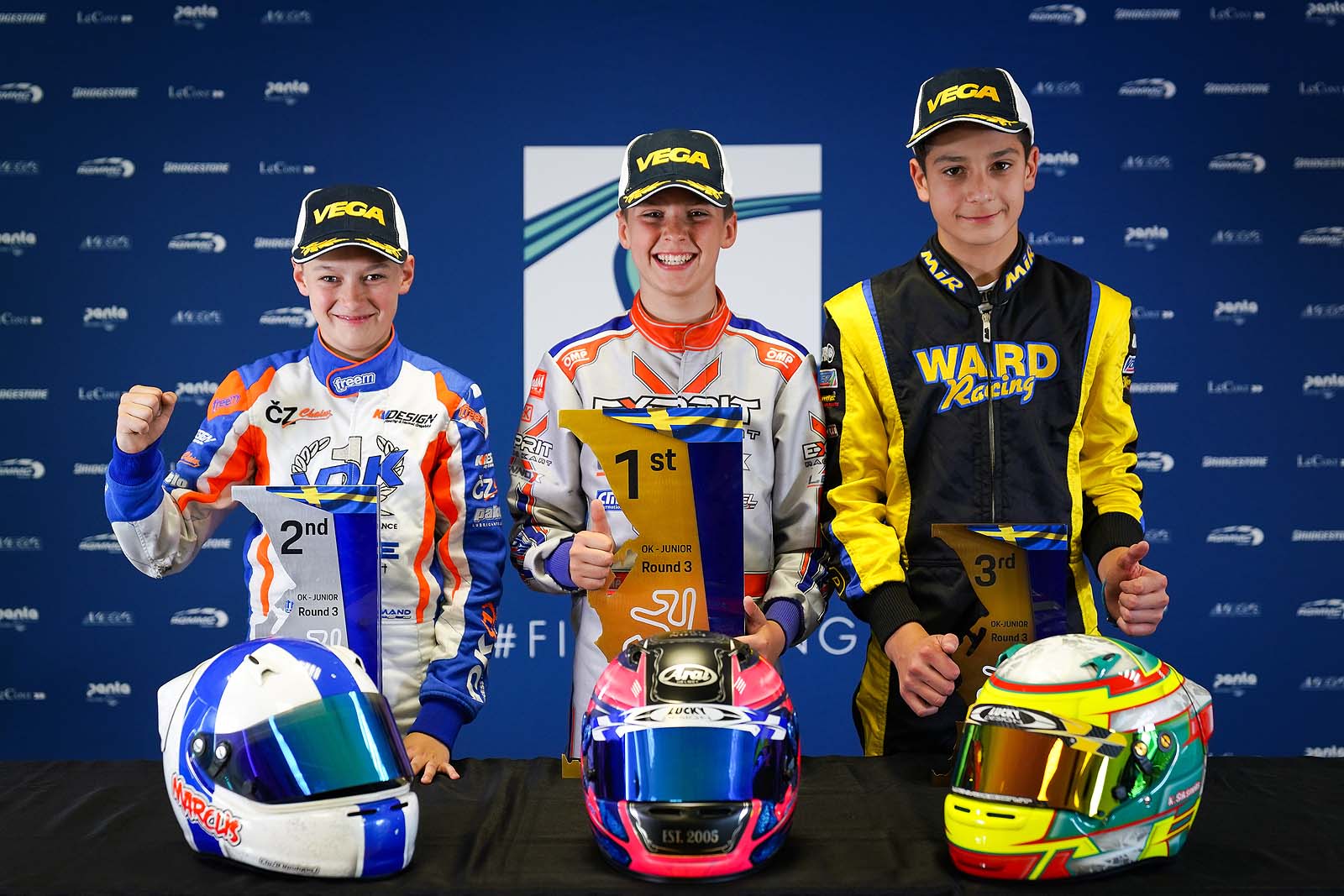 The winner in Sweden, Travisanutto gets closer to Patterson.
On equal points after the Qualifying Heats, Dexter Patterson (GBR – KR / IAME / LeCont) and Lorenzo Travisanutto (ITA – KR / IAME / LeCont) shared the front row on the starting grid of the Final. Pedro Hiltbrand (ESP – CRG / IAME / LeCont) went on the offensive immediately, which put Patterson in trouble but Travisanutto was able to take the lead on the fourth lap. Gabriele Mini’ (ITA – Parolin / TM Racing / LeCont) and Luigi Coluccio (ITA – Birel ART / TM Racing / LeCont) followed in his wake and monopolised the top three at a distance from the chasing pack. Lorenzo Travisanutto took a major victory with CV Performance Group, while Mini, an official Parolin Racing Kart Driver, came back to within three tenths. As at the last World Championship here in Kristianstad, Luigi Coluccio was 3rd on the podium for the official Birel ART Racing team. Patterson was back in 5th position behind Matias Salonen (FIN – KR / IAME / LeCont), who was penalised later due to an incorrectly positioned front fairing. Patterson recovered a not inconsiderable 4th place in the Championship and Joseph Turney (GBR – Tony Kart / Vortex / LeCont) was rewarded for his efforts with 5th place. Dino Beganovic (SWE – Tony Kart / Vortex / LeCont) had a tough race before finishing 27th, while Dilano Van T’Hoff (NLD – Exprit / TM Racing / LeCont) could not qualify for the Final. 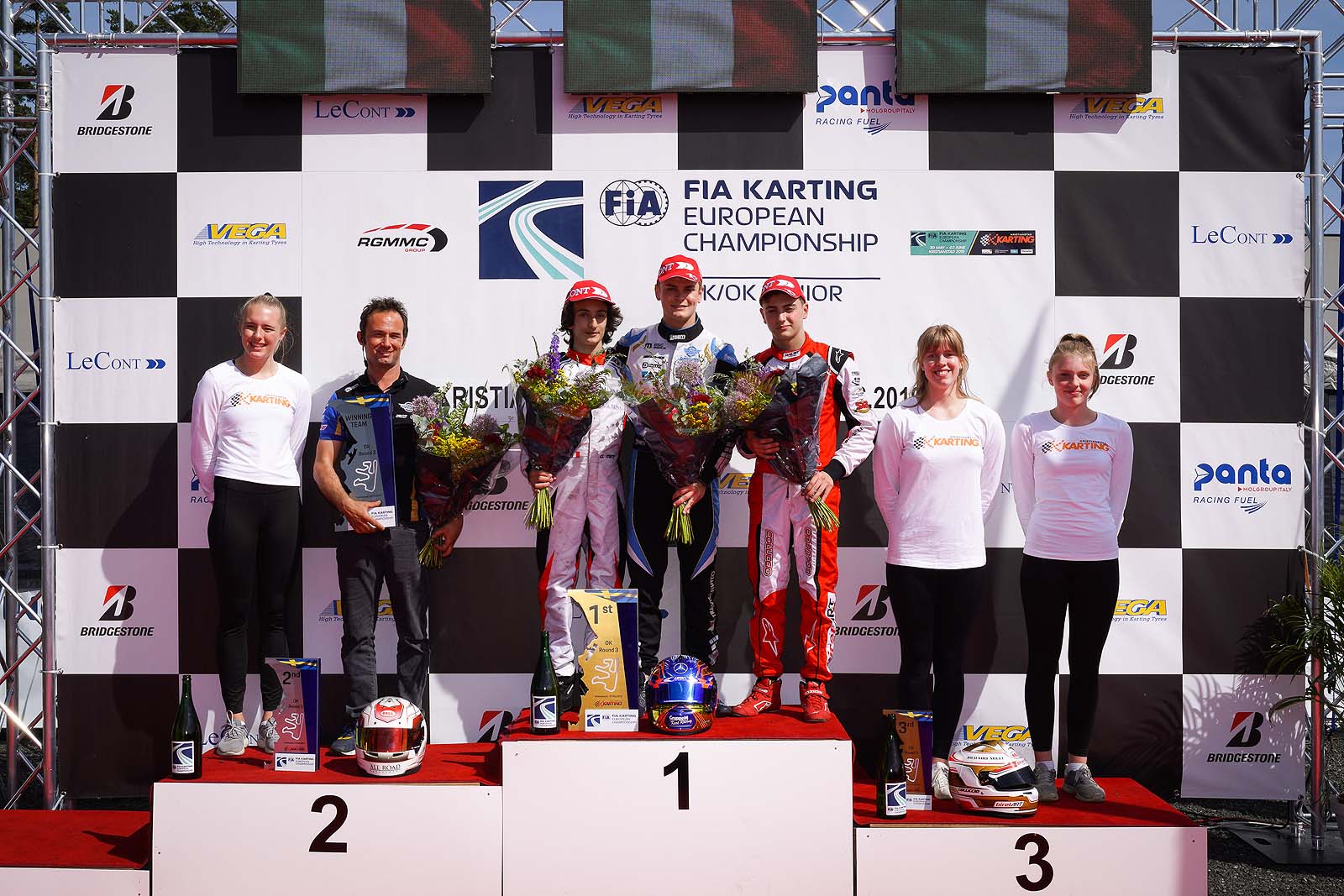 The fourth and final competition of the FIA Karting European Championship – OK & Junior will take place from 25th to 27th July in France on the Le Mans circuit.