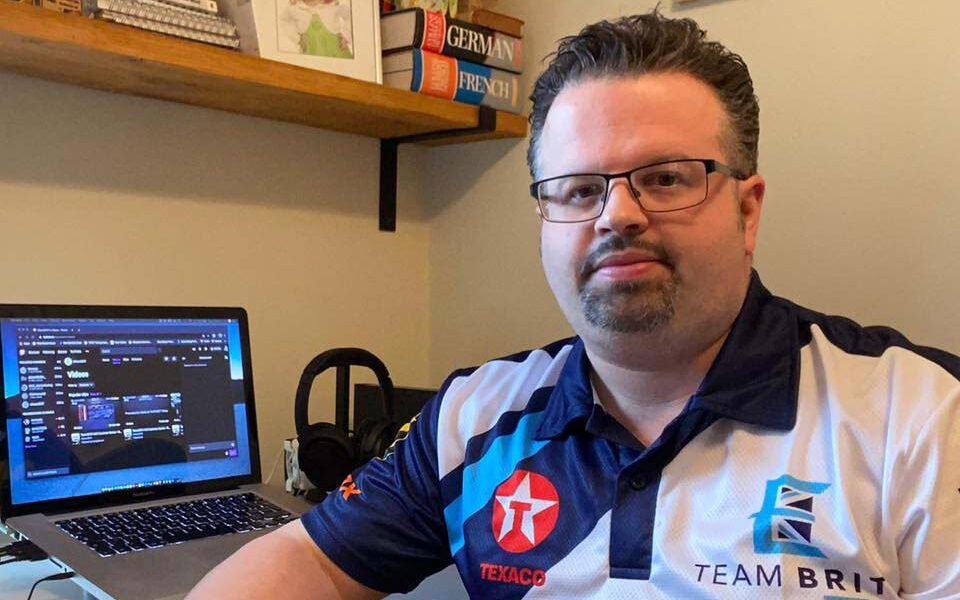 Our journey around the world has its next stop in Great Britain. We ask about the current situation of karting sport commentator Alex Goldschmidt, who reports on what life and karting in England look like today.

Alex Goldschmidt is a commentator on the live broadcast of the Rotax Euro Trophy, BNL Karting Series and German Rotax competition. He also comments on karting events in Great Britain.

Tell us about the current situation in the UK. What do people say and how do they behave?
In the UK, we’ve had a very tough time, with over 261,000 infected and almost 37,000 deaths so far, but the rate of infection and deaths recorded have been falling over the past few days.
We’ve been in lockdown since March 23rd, with people getting more anxious as the days have gone by, with many people using technology (myself included) to keep in touch and find out what is going on in the world and supporting one another.
Some have gone against regulations and some think it’s okay to carry on as normal when social distancing rules are there to protect us. And there has been some recent controversy about this in the mainstream media.

What is the situation of karting in your country?
All sport, including karting, was at a standstill until quite recently, when some circuits have been able to start some testing days, but they are restricted, in terms of numbers, along with online registration and no overnight stays.
Motorsport UK has stopped all circuit permits until June 30th, but today (May 27th), have now said that no national or British championship events will take place in July, “to reduce potential travel and international travel.” They have also stated that a maximum limit of 50 percent of the permits that were issued in 2019 will be allowed, so to make sure that there are enough officials and marshals to help restart racing safely and responsibly.
Some of our drivers have taken to eSports to fill the gap, competing with friends on a private server, or entering some other competitions.

What is the structure of karting in the UK?
There is a big structure, with Motorsport UK running the top tier British Championships, many different clubs running their own nationwide campaigns and circuits running their own independent karting championships. This is along with owner/driver, pro karts, endurance racing, and retro karting, such as the Spirit of the 90s F100s, so there are many thousands of drivers, teams and families, along with media, officials and marshals involved across the length and width of the UK.
We are hopeful that racing can start soon, maybe August, as it has been difficult for the drivers to scratch that racing itch and get back behind the wheel, but it is a good sign of progression towards a return to action out on the circuits.

What do you think on whether we may be able to race and finish the season?
I’m hopeful that we can, I really hope so, even though I am preparing myself for the worst of no racing until next year.
From my aspect as a commentator, until the pandemic hit, it was a joy to be able to smell the fuel and rubber in the paddock, hear the engines rev up, along with seeing some great racing.
In many aspects, the number of race weekends will have to be reduced to ensure some form of competition, but I think in order for it to happen, it needs the co-operation of the drivers and teams, along with the respective governing bodies/organisers to make sure all health and safety procedures are in place, and that everyone abides by it.

What will the world look like when everything finishes? Will it be the same?
There is already a profound change to our lives with this pandemic having taken so much away. There are people who want to get back to normal, but that will not happen quickly.
Travel overseas is another factor, when it comes to where you are travelling to and from, especially with myself and a few other commentators including Henry Beaudette and Jake Sanson, along with other people, having done this over the past few seasons from here in the UK. That will certainly be impacted too.
People have that fear with the unknown, so social distancing will be a part of life, but for how long? Until a vaccine come along, that may be the time when we can hug each other, shake hands, do a high five…. I know that time is coming, and I look forward to when that is possible, especially with my mum and dad…..