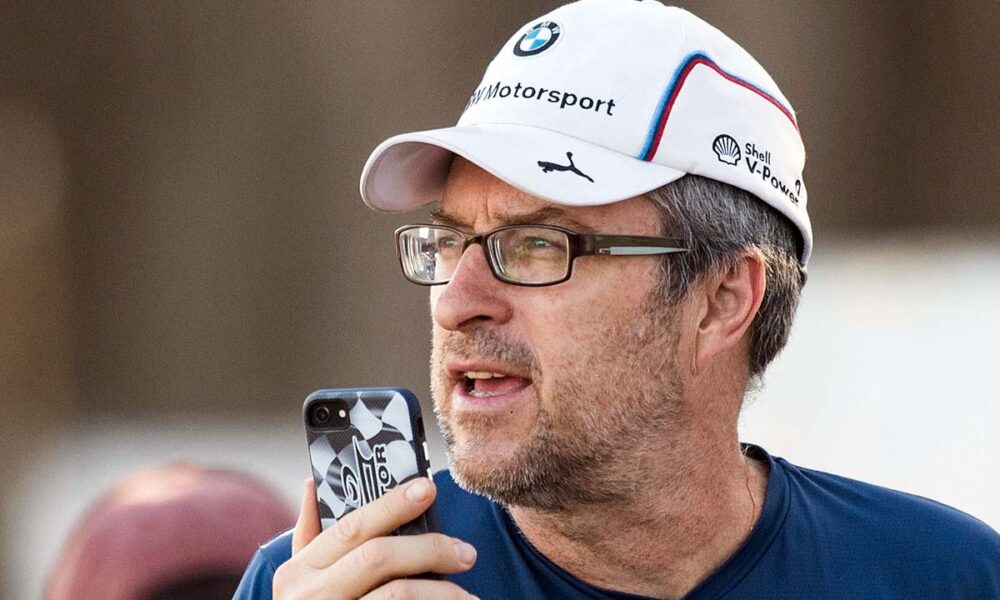 World Report. Erno Drehmer: The world will have to be different…
P S

We continue our journey around the world and report from other countries. Erno Drehmer, editor-in-chief of the extremely popular in Brazil Portal KartMotor, tells us about the situation in Brazil.

Tell us all about the current situation in Brazil. What do people say, how they behave?

Well, in Brazil is no different from other countries. We started slowly and today Brazil is one of the countries most affected by the Coronavirus. Unfortunately, in the last few days we are counting about 800 deaths per day, we have already reached more than 16 thousand deaths and more than 250 thousand confirmed cases. Of these, 100,000 have been recovered.

People are divided into several groups in Brazil. We have those who believe that everything is a lie (!!!), we have those who think that the media takes advantage of the situation to try to overthrow the president, we have people who wear a mask on the street just because it is law and we also have very worried people who follow all recommendations and rules, among which my family and I are included.

What is the situation of karting sport now in Brazil?

At first, over two months ago, all karting and motoring activities were totally suspended here, by order of the Brazilian Automobile Confederation (CBA). And everything continue like this, with the exception of some karting tracks that have already opened for training and where the rule is to demand the measures determined by the health authorities.

The CBA recently authorized state federations to resume activities, provided they are duly authorized by law. But so far no one has achieved anything but opening for training.

The biggest problem at the moment are the mechanics, who are unable to work and therefore do not receive and are unable to pay their bills and feed their families. Therefore, there are some campaigns to collect donations of food and money for these professionals.

What is the structure of karting in your country?

We have a great structure, many high-level karting tracks, two of which are approved by CIK / FIA. In addition to these two, we had already others also approved in the past by CIK / FIA.

The main world factories have importers in Brazil and our national championships – the Brazilian Championship and the Brazil Cup – are well organized. They could be better. But we have many categories, around 20 in these championships, which means that grids rarely come to require that pilots be divided into heats, that is, they rarely exceed 36 registrants, even with more than 400 drivers.

Every year Brazilian karting reveals several drivers, some of them will compete in Europe, follow a career and approach Formula 1. We had already three World Karting Champions – Guga Ribas, Gastão Fráguas and Ruben Carrapatoso.

What are the series, what categories and how many of them?

The main championships, as I already said, are the Brazilian and the Brazil Cup, these at national level. We have great state championships, mainly in São Paulo, which is in Brazil just as Italian karting is in the world, and also in Santa Catarina, Paraná and Minas Gerais, three other Brazilian states.

In national championships we have 20 categories, I repeat, a very large and unnecessary number. It is necessary to reevaluate this and decrease it. In some state championships there is an optimization of these categories, but not in all.

How many drivers are in Brazil?

Annually, more than 2200 karting drivers apply for the National Sports Certificate in our ASN, the Brazilian Automobile Confederation (CBA), but not all compete regularly.

Do the racing series provide information when they resume the competition?

It is not possible to know a correct date for the return of the competitions, no organizer can predict this, not even the CBA, because at this moment we are living the peak of the pandemic.

What do you think – will be able to play and finish this season?

Yes, my personal opinion is that in 4 to 5 months we will be able to return to normal. Maybe before (and that’s what everyone expects), but I don’t think it’s before August, in the best of scenarios. But I am not a health authority, my perception is of the scenario we are living in.

What will be the world look like, when it all finish? Will it be the same? What is your opinion about it?

I think the world must – and will have to be – different. The Coronavirus pandemic will have to serve as a lesson for all human beings, we have to be better people, more concerned with others. The human being needs to be more human.

For some Brazilian drivers, this is the only opportunity to race a World Championship, others will not have that chance, because it is a very expensive event.

The postponement was expected since the Coronavirus began to spread around the world and arrived in Brazil. Now the preparations are for 2021 and I invite karting drivers from all over the world to come to Brazil to compete in the World Championship next year. The Kartódromo Speed Park is beautiful, has a fantastic structure and everyone will be very well received.

And what the racing sport for Brazilians means?

Here, soccer is in first place in the national preference, but Brazilians are passionate about motorsport, it is one of the preferred sports. We have strong names in the history of world motorsport, such as Ayrton Senna, Nelson Piquet and Emerson Fittipaldi, to name just our eight titles in Formula 1.

With the death of Ayrton Senna, 26 years ago, many Brazilians stopped following Formula 1, but most of them were not a true motorsport lover. In the last few years we have no drivers in Formula 1 and this has also made us lose some interest in the category.

This does not, however, prevent us from having full racetracks when we have races in the main categories, such as Stock Car and Formula Truck. In kart racing, we usually don’t have a lot of public, because the mainstream media doesn’t give space, but we have a good audience in internet broadcasts.