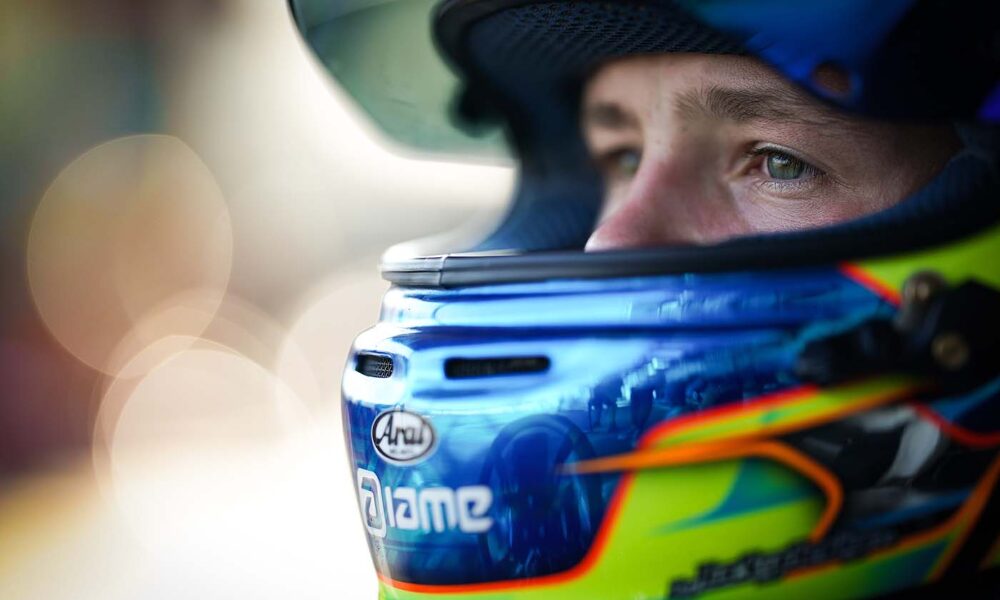 The heat continues to play an important role in this early season of 2020, which has been postponed to the middle of summer. The second Competition of the FIA Karting European Championship – OK & Junior which is currently taking place at the Circuito Internazionale Napoli in Sarno is no exception. Two British Drivers have shown their skill during Qualifying Practice, Maxwell Dodds in Junior and Taylor Barnard in OK.

With Vesuvius in the background, in its current 1547m long version the Sarno circuit offers a fast but also very technical track with good overtaking opportunities. For Qualifying Practice, the search for a slipstream is one of the parameters not to be neglected, an element that is difficult to manage with the tendency to complete a low number of laps. This exercise was costly for some drivers who were too daring at the previous Competition in Spain. After peaking at 34°, the temperature began to drop slightly at the end of the afternoon, while the skies remained clear and the wind light. The LeCont tyres were under a lot of stress, perhaps even more so than at Zuera, and the way they were used depending on the track temperature could have an influence on their performance. The quality of their construction was appreciated by the whole paddock.

Although the overall entry for this Competition is smaller than that of the opening race in Zuera, it is primarily a question of movement between teams and variations in the Wild Cards. With some withdrawing of course, but also several new entries, the balance is far from negative in these times of recovery, which are not easy for everyone. The number of Juniors has increased in comparison to Zuera with 66 drivers in Sarno, while the OK category is slightly down with 56 participants, a few injuries, fewer Wild Cards and interesting new arrivals.

Dodds sets the best Junior time.
Maxwell Dodds (GBR) opened the battle in Session 1 of the Qualifying Practice for the FIA Karting European Championship – Junior in Sarno. His time of 57”459 remained the reference after the performance of the other three sessions and he took pole position. Ugo Ugochukwu (USA) came closest in the second session and took 2nd place ahead of Willian Macintyre (GBR), leader of Session 4, and then Giovanni Trentin (ITA), the fastest in the third session. Very close to the poleman, at exactly 8 thousandths, Valerio Rinicella (ITA) was 5th.

„I wasn’t totally surprised to take pole position,” explained the 14-year-old Briton from the north of England. „I worked very well with the team and we were already very fast in the Free Practice session. It’s very satisfying for me to take my first pole position at this level on the Sarno circuit. It’s a good sign for the rest of the Competition”.

Barnard’s second consecutive pole position in OK.
With a time of 55”506, Taylor Barnard (GBR) took the lead over his opponents from the second session for two tenths, but also over all the other participants. Indeed Oliver Gray (GBR) was only able to get to 0.249” behind in Session 4, Andrea Kimi Antonelli (ITA) was close to three tenths behind in Session 1 and Juho Valtanen (FIN) was more than four tenths back in Session 3.

„I’ve never had a pole position in the last three years and I’ve had two in a row in the European Championship this season,” said Taylor Barnard. „Of course I’m very happy, but above all the performance I’ve been able to achieve today that gives me confidence for the next phases of the Competition”.