Rotax. Oli Pylka with pole in the Grand Final! 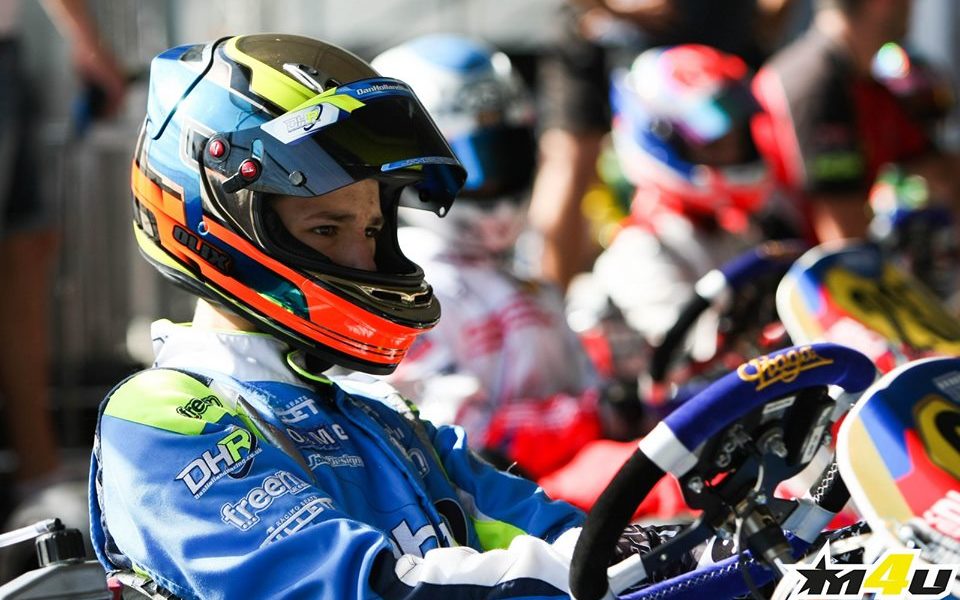 For the first time in history, the Pole will start from pole position in Grand Final. This is Oliwier Pyłka, one of the best drivers in Europe currently in the junior category. Semi-finals of the 20th Rotax Grand Finals were played on Friday in Sarno.

Oliwier Pyłka will start from the first position in the Junior Max final of Rotax Grand Finals. The Polish representative presented himself excellently in the qualifications and the Friday semi-final, which he won. The success and considerable achievement of Oliver is confirmed by the fact that for the first time in twenty years of history Grand Finals, a Polish driver will appear in the first starting line to the final of this event and in position number 1.

The grand final of the junior category will be played on Saturday, and Polish fans can also enjoy the high starting position of the next Pole. This is Marcel Surmacz, who finished fifth in the semi-final on Friday. It is also a great achievement of a driver from Tarnogrod PL, who was competing with his hand injury in the last two days. In one of the qualifying races there was an incident, after which Marcel suffered quite a bothersome injury. His hand is heavily swollen, and yet he fought in the next installments of the competition, finally placing on the sixth starting field to the final. So in the first three lines we have two Poles this year!

The third of Poles in the junior category Gustaw Wiśniewski did not manage to get to the finals. After the semi-finals, he finished 38th with just two points behind the final group.

Aleksander Bardas also won a high starting position in the final, who is in the home team this year’s final. The Polish “senior” won a ticket to the Grand Final in Italy, he also has an Italian karting license. In the senior category final we’ll see him on the seventh starting field. In the semi-final Olek, which the track in Sarno knows perfectly (he once set a phenomenal record of this object among juniors going below a minute) came in fourth place.

The second Pole in this category, Jakub Kolasa debuting in the Grand Finals, unfortunately did not get to the finals. After qualifying and the semi-finals, Kuba took … 37th position against 36 qualifying for the grand final race. A driver from Kraśnik PL can talk about real bad luck, because he lacked one point to advance.

We will see three more Poles in the finals. They are the youngest drivers Juliusz Ociepa and Kacper Turoboyski, who in the Micro and Mini categories will start from the 13th and 21st starting fields respectively (36 drivers in both categories, not like the other 72). Both young Poles lost the most in the semi-final races.

One of the Polish favorites Kacper Bielecki will find themselves in a difficult situation in the finals. Bielecki looked great in qualifying heats, taking 2x second and fourth place. Unfortunately, after the first Thursday qualifying race, he was disqualified for not removing a sufficient number of telemetry system elements from the kart, which is only allowed to a limited extent. DSQ complicated the situation of Bielecki, who had a certain position in the semi-finals.

Unfortunately, for the semi-final race he started from the 14th position, finished in 8th place with the best race time, but the five-second penalty for the bumper made him finally in 16th place. In the grand finale Bielecki will start from a distant 27th position.

Another unlucky Polish team was Kiryll Biryuk, who lost only two points to the grand finale. Biryuk, which we observed in DD2 Masters, came ex-equo in the ranking after the semi-finals on the 37th position.

Sławomir Murański, who competed in the DD2 Masters category, suffered an injury after an accident in qualifying and withdrew from the competition.