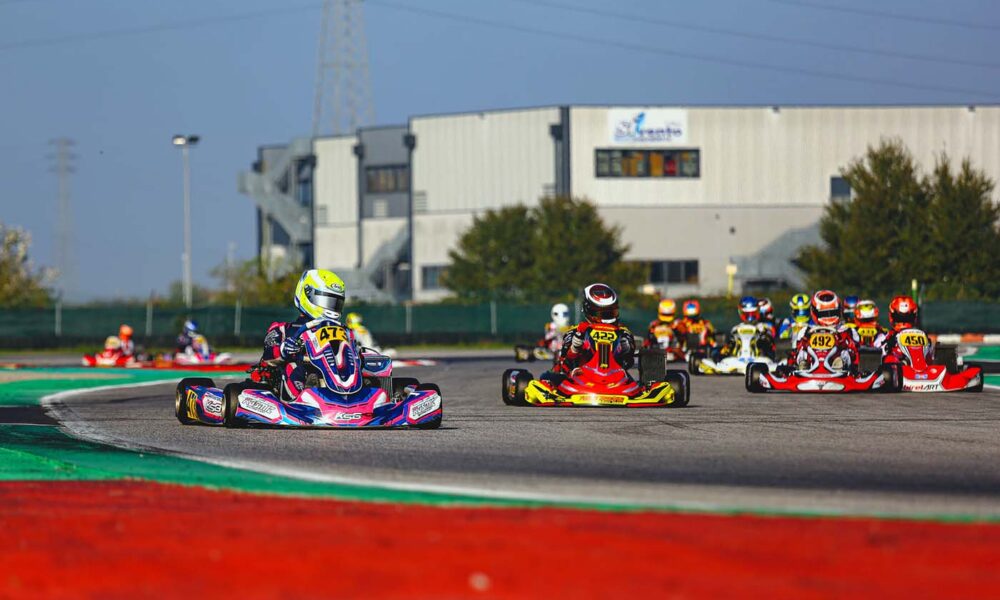 The third round of the Rotax Euro Trophy at the Italian track in Adria ended with the victory of Daniel Machacek, Mathilda Olsson, Mateja Radenkovic, Mees Houben and Kai Rillaerts. There is one weekend left in Belgium to finish the series.

Unfortunately, none of the Polish drivers took part in the last round of the Rotax Euro Trophy in the Italian Adria. Among the 114 competitors who competed in Italy, Sławomir Murański, the current leader of the general classification of DD2 Masters, was missing. His absence made him lose the lead, and the new leader was the winner of the rivalry in Adria, German driver Sebastian Rumpelhardt.

The Italian Euro Trophy round has not been broadcast live by television cameras for the first time this season. However, we could hear the events of the final day via radio broadcast from Alex Goldschmidt, Rotax Euro Trophy commentator.

Daniel Machacek, Mathilda Olsson, Mateja Radenkovic, Mees Houben and Kai Rillaerts won in Adria in their classes. The DD2 drivers presented the fiercest competition. There was a point draw between Austrian Daniel Machack and Italian Michael Rosina, who won one final race each, but the Austrian driver ultimately won. The third place was taken by the Belgian Xander Przybylak, who after Adria maintained the position of the leader of the general classification.

In the remaining categories, the winners of the round triumphed in both final races. Swedish Mathilda Olsson, who is leading in the general classification, won the senior category. And the next places in Adria were taken by Finn Juho Valtanen, the winner of this year’s DKM in the OK category and the amazing Italian Elia Galvanin.

Among the juniors, the Belgian Kai Rillaerts, the clear leader of the general classification, was victorious, ahead of the Dutchman Christiaan De Kleijn and the German Farin Megger. The Belgian Mateja Radenkovic won in the Mini Max category, ahead of his countryman Karel Stautem and Dutch Reno Fernon Francot. In the youngest category, Micro Max, we saw the young Dutchman Mees Houben in the first position, followed by the Swiss Paul Schoen and the Serbian Luka Malbas.

Due to the absence of Sławomir Murański, Sebastian Rumpelhardt, the winner of the DD2 Masters category in Adria, took his leading position in the general classification. The Estonian Priit Sei and the French Rudy Champion also stood on the podium of the round in Italy.

The last round of the Rotax Euro Trophy is scheduled for November 6 in Genk, Belgium.