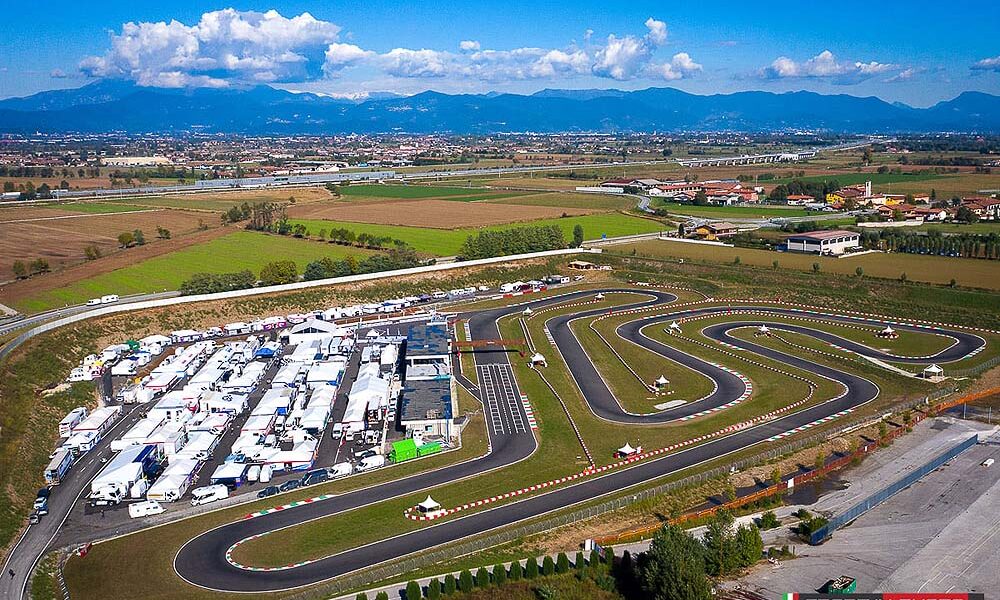 An extremely large group of Polish drivers is just starting training before this year’s Rok Cup Superfinal. Poles are the second national strength in this event. Only Italians are more numerous. For the first time in history, the world final will be held at the Franciacorta circuit, one hour away from Lonato.

44 Polish drivers take up the challenge in this year’s Rok Cup Superfinal. We have as many as 20 drivers in the Mini Rok category, 16 among juniors and seniors, 6 in the Shifter and 2 in the Expert Rok. It’s one of the most numerous Polish teams at this event. Poles are the greatest strength of foreign drivers in the world final and we all hope that one of our drivers will play one of the main roles in the competition of five categories. For comparison, in the final we have 22 Romanians, 16 Swiss, 14 Czechs, 14 Germans, 10 French and only 2 Russians. Italians constitute the great majority of the group of 279 drivers. There are 124 of them.

For the first time in history, the world final will be played on the regional circuit of Franciacorta, which has taken over as the host of the event in place of the suspended South Garda Karting venue. The World Finals held annually in Italy were held outside of Lonato only once. At the very beginning, the final took place in Jesolo in 2003. The next ones were held in Lonato on South Garda Karting. Unfortunately, the events involving Marco Corberi, the owner of „the karting temple”, during the last KZ world championship resulted in South Garda being closed to the competition in the near future, and the decision was made by the Italian Federation’s Sports Court.

So after 16 years we have a forced change in the world finals of the Rok Cup. Franciacorta is thus the third arena of the final and the third city where drivers will race for the world’s most important Rok Cup trophy.

Poles will start on Franciacorta Karting Track with the following line-up:

The competition on Franciacorta starts on Thursday. This is when the official training of all categories will be held (start at 11.20 am). On Thursday afternoon, the qualifying heats will begin, which will last until Friday afternoon. On Saturday there will be the B finals of the competition (each category fights in a separate Trophy as the B final) and the grand finals that will determine the winners of this year’s Rok Cup Superfinal.