Mads Riis: You need to be consistent for an entire race. 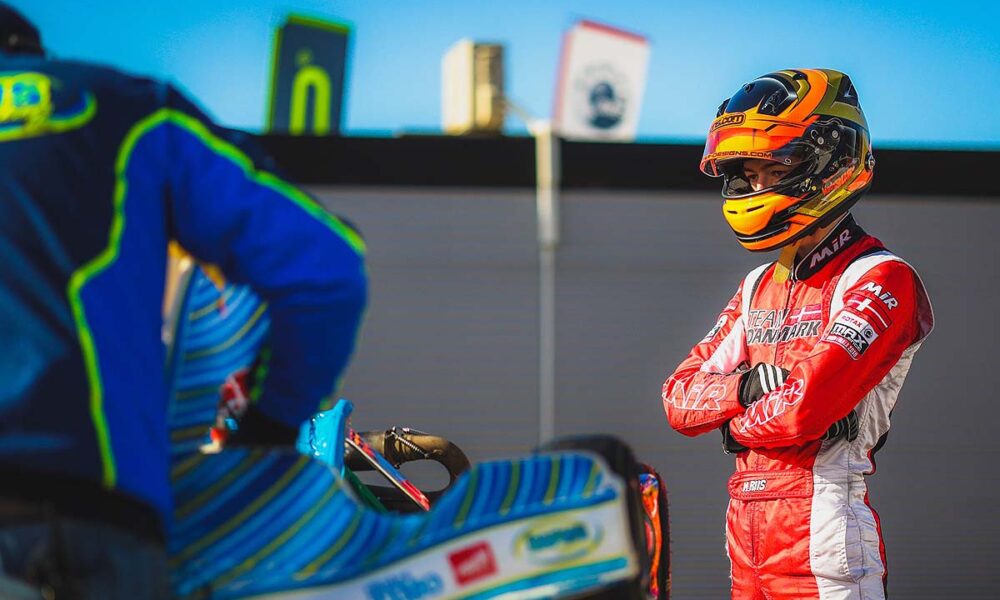 Mads Riis: You need to be consistent for an entire race.
P S

He is undoubtedly one of the heroes of last racing weekend in Europe. Danish driver Mads Riis won the Senior Max category competition in an outstanding style at the Kick-Off event in Genk, Belgium, which opened the BNL Karting Series season. Mads beat 30 rivals in two difficult and decisive races.

You were really really fast in Genk, especially in the pre-final race. What is the secret to such speed?
There are multiple things making a fast racing driver. Hard work and pure determination together with the fact that a racing driver should never give up are certainly the 3 most important traits a racing driver should have to be fast. It is also not good enough to only drive one fast lap. One needs to be consistent for an entire race.

I remember a few cases of drivers who did not make direct entry to the final group and had to fight in second chance heat for a promotion and then ended up on the podium of the event. Your case is different, you went the repechage and you won the competition!
What did you feel and what was your attitude on the second day of the competition?
Saturday was really hard to swallow, but I knew that nothing was over yet given that I still had the chance to make to the prefinale and finale and give it my best shot. Even though I knew that for me to win the event I had to overtake 30 other incredible skilled drivers, I stayed calm and believed in myself, always going for the win. As I crossed the line in the finale in first place, I could not quite understand what just happened. It all felt so surreal and incredible at the same time. Though as it got to me that I had done the near impossible I was truly euphoric and undoubtedly going totally nuts.

Which of the events in your karting career was the most difficult for you?
I have raced so many difficult races and this one is certainly one of them. On the same level as the Grand Final´s and Euro Trophy´s I have attended.

What are your plans for this season?
My plans for the 2021 season are that I am going to be racing a Ginetta G40 GT5 in a danish endurance championship while using karting as a way to always be on top and in the best shape possible.