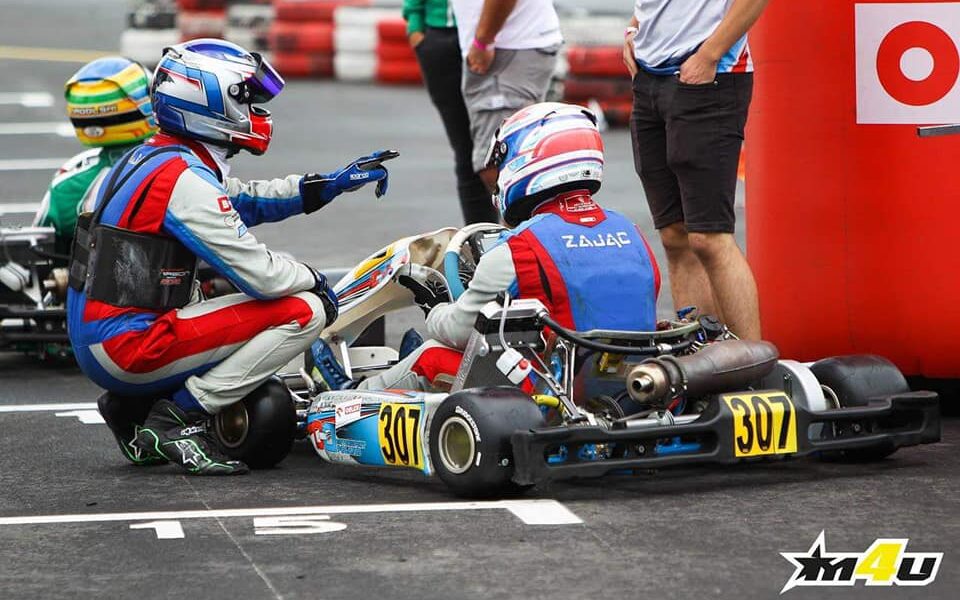 DD Motorsport Poland. If they stay in OTK, will they get Vettel chassis?
P S

The Polish satellite FA Kart DD Motorsport is preparing for the new season. Drivers from Zielona Góra will be testing new chassis from the Kart Republic. Could they also have the latest product of the OTK Group, whose introduction there is conflicting information?

It has been speculated for several weeks that the Alonso Kart brand will move under the umbrella of Kart Republic after several years of cooperation with OTK. A few days ago, the divorce of FA Kart with Roberto Robazzi’s group was officially confirmed. The Spanish brand will launch in the upcoming season in the youngest categories with new facilities from Kart Republic. In this situation, many satellite teams racing so far on FA chassis will have to decide which direction to go. One of them is the Polish DD Motorsport, whose drivers have been watching in FA Kart for several years.

– We are waiting for information on what the situation will look like with FA Kart chassis for older categories. But preliminary findings show that it will remain in the OTK Group for the season. In the spring, We have planned tests in Kart Republic in the springtime. Only after the tests will we decide what to do next” – says to Polski Karting Daniel Zając from DD Motorsport.

The team, whose boss is Daniel’s younger brother, Marcin Zając, will start next season, as this year, in the entire cycle of IAME Series Italy and Rok Cup Poland. – The calendar suits us very well, because the Italian IAME is missing the Polish series Rok, so it’s OK – says Daniel Zając. The team from Zielona Góra will also be seen in the new Euro Rok competitions, which are planned for the 2020 season.

– The team will be divided into Poland and Italy, we will definitely go in a small group – explains Daniel. – Me and Marcin will go in IAME. In Poland, we will have a young driver from the karting school, but we will see, because it is not yet confirmed. However, it is certain that Jan Ambrożewicz will race on Polish tracks in our team. I think that Piotr Protasiewicz will also go and there is an option that Adam Szydłowski will come back. However, we are not yet conducting specific talks with drivers for the new season.

Vettel Kart in exchange for staying with OTK?
We learned that the tests with Kart Republic DD Motorsport had been scheduled even before reports of the separation of FA Kart from OTK. It is interesting, however, that the Polish team, if they remain in cooperation with the OTK Group, will most likely receive Vettel Kart chassis, which are about to enter the karting market soon. The Heads of DD Motorsport take this development into account. As Daniel Zając confirms, this is one of the options to stop the team in the OTK Group satellite.

Recently, a lot of conflicting information has been created around the Vettel Kart project. Journalists of TheRacebox have published information that has been duplicated by many karting editors that the OTK Group intends to launch a new series of chassis, signed by the name of the four-time world champion F1 Sebastian Vettel. A few hours after that news, the OTK concern, via the Italian karting magazine Vroom, denied these reports, which apparently ruined the Italian giant’s marketing plan.

Could OTK already have Vettel Kart chassis ready for launch, but withholding official information on this? It seems that Vettel Kart would fill the gap after the FA brand in the OTK Group’s portfolio and be a response to the new brand of the Birel ART company, which introduced chassis bearing the name of another F1 driver, Charles Leclerc.

It is not yet known when the Vettel Kart brand will see the light of day. However, it is certain that we will soon see her on the tracks. Information on this subject is expected in the second half of January 2020.