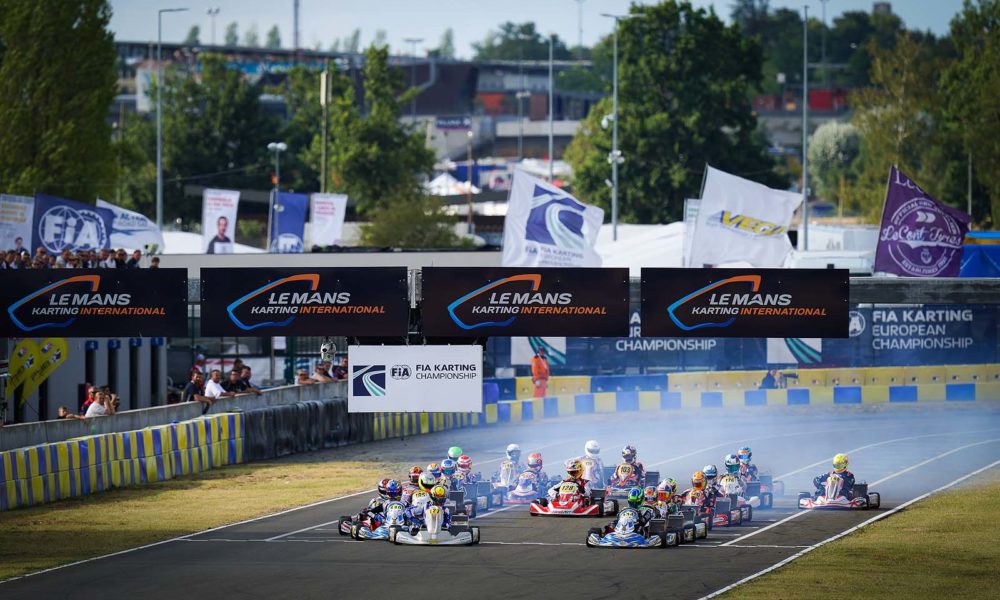 The original situation generated by Qualifying Practice, combined with the importance of this final Competition of the FIA ​​Karting European Championship – OK & Junior, increased the pressure on Saturday, 20th July on the Le Mans circuit. The 24 Heats on the programme were often the scene of fierce clashes in the two categories that are dominated for the moment by Gabriele Mini’ (ITA) and Andrea Kimi Antonelli (ITA) before the last Heats remaining on Sunday morning.

The weather has constantly changed with relative coolness in the morning under a few clouds, then heat when the sun appeared. A shower, short but relatively heavy, wet the track in the early afternoon, requiring the use of rain tyres for a few minutes. The rest of the day was on slicks, with the first laps on a still wet track causing casualties. The afternoon ended in warm sunshine.

In the morning, the Competition proved heated and incidents punctuated the day: crashes, brief skirmishes and penalties gradually shaped the day, with twists more numerous among the Juniors than the older Drivers. The early fitting of new tyres by some competitors changed the situation again during the last races of the afternoon. 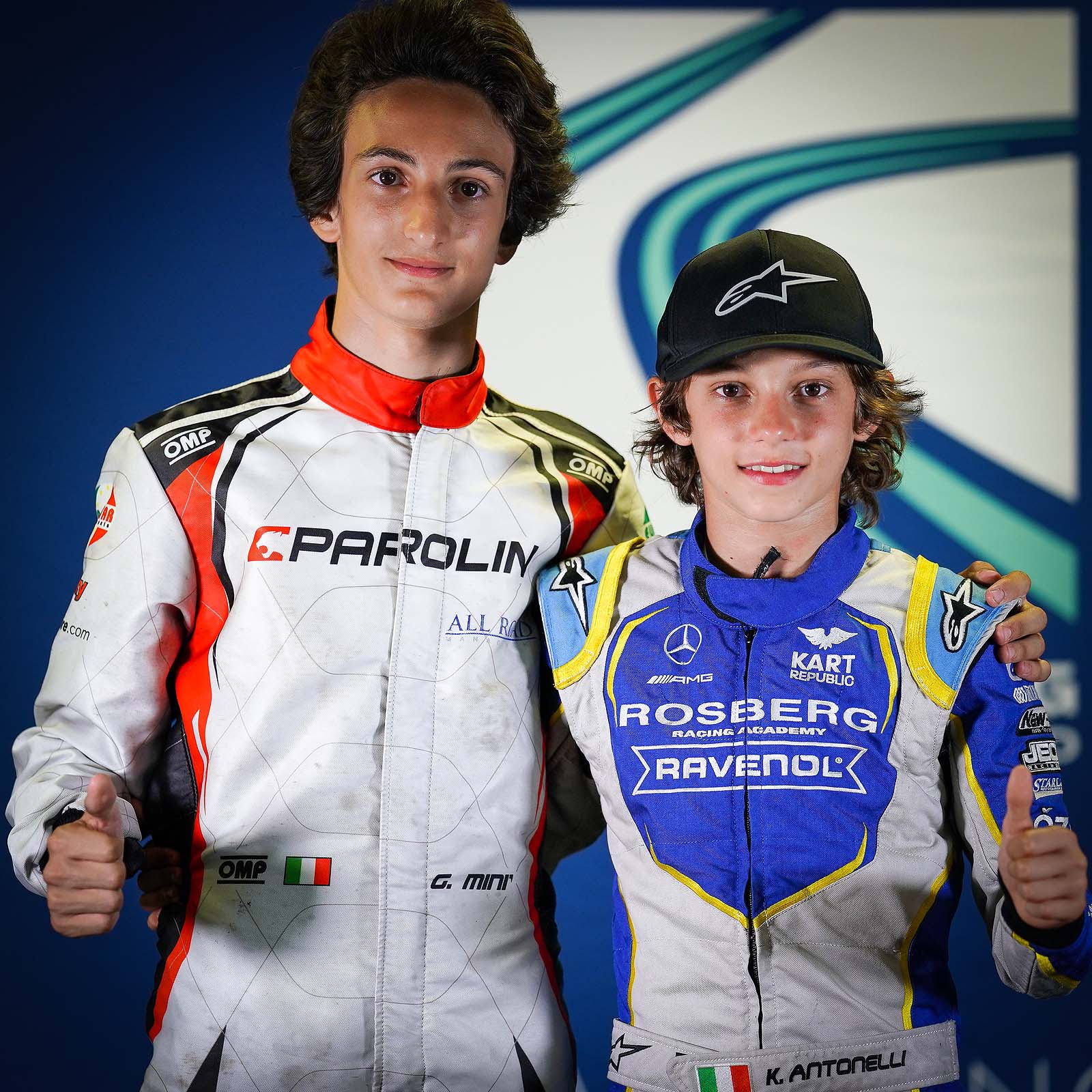 Antonelli takes over in OK-Junior.
The leader of the provisional classification of the FIA ​​Karting European Championship – Junior, Marcus Amand (FRA) had nevertheless fulfilled his mission taking the lead before the last race of the day. He was unfortunately hit at the last start and had to retire, which dropped him back down sharply in the top 10. This incident allowed Andrea Kimi Antonelli (ITA) to take the lead with a score of seven points which says a lot about the uncertainty of the debates. The poleman Martinius Kleve Stenshorne (NOR) achieved a very good performance in the wake of the Italian ahead of Connor Zilisch (USA) who was very competitive. James Wharton (AUS) was back in the top five while Alfio Spina (ITA) made a great leap forward. Behind the consistent Conrad Laursen (DNK), William Siverholm (SWE) came back even stronger from his 28th place in Qualification. The victim of a collision in his first race, Ugo Ugochukwu (USA) still managed to keep in touch with the top 10 not far from Laurens Van Hoepen (NLD). 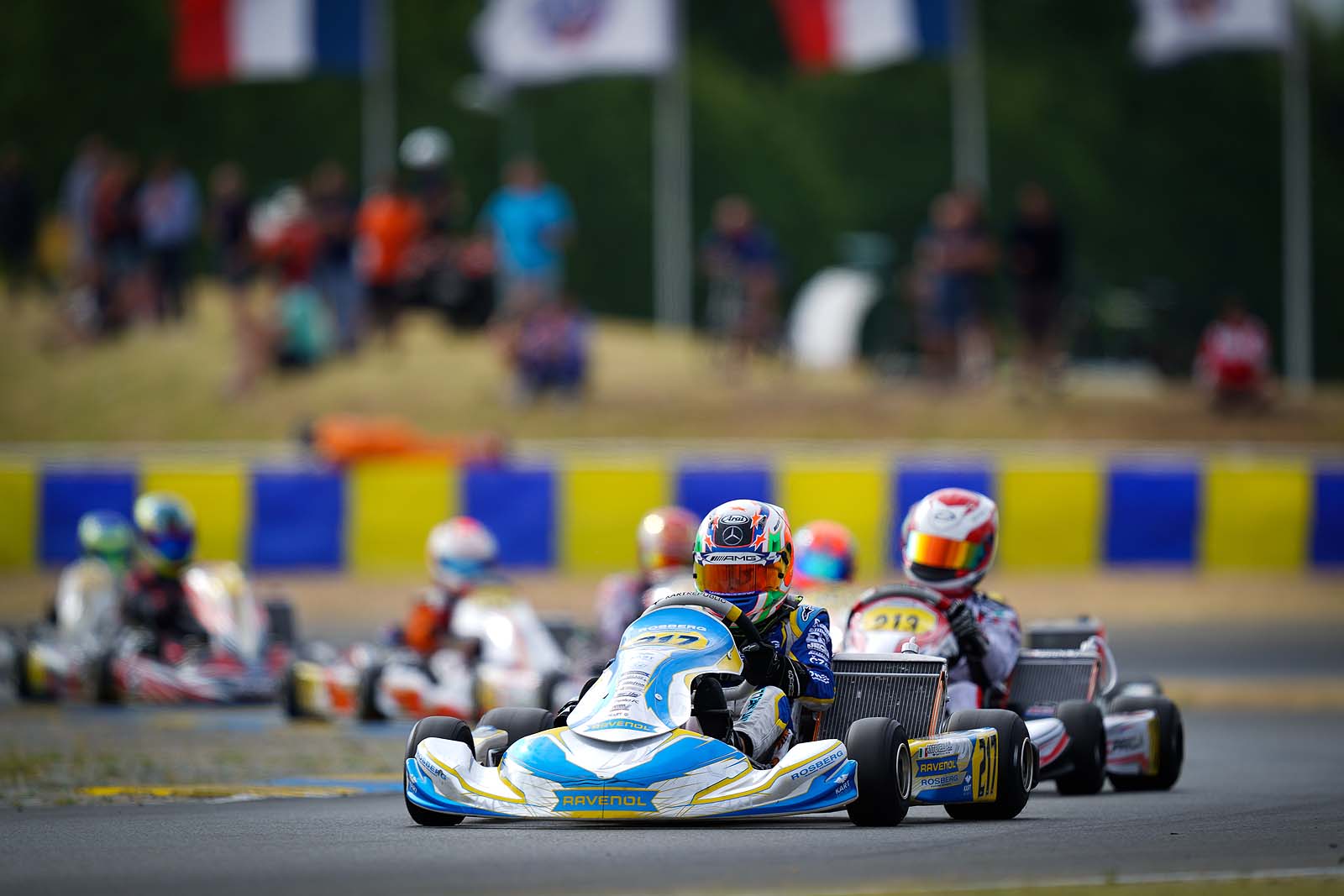 Despite his unfortunate mishap, Amand is far from losing his chances of being crowned on Sunday. Among the other contenders for the title, Thomas Ten Brinke (NLD) had managed to halve his 63rd place deficit in the Qualifying Heats and could more confidently consider qualifying for the Final, but the crown now seems a long way off. Tuukka Taponen (FIN) made a great run to finish in the top 15 and take the lead over Jamie Day (ARE), handicapped by a retirement.

Mini’ takes the advantage in OK.
The poleman Kobe Pauwels (BEL) had confirmed his form with three straight wins, but his 8th place in the last race lost him some places to the benefit of Gabriele Mini’ (ITA), remarkably consistent at the forefront of the Qualifying Heats for the FIA ​​Karting European Championship – OK. Also several times victorious, Dino Beganovic (SWE) and Kirill Smal (RUS) finished on equal points in the same order as during Qualifying Practice. Lorenzo Travisanutto (ITA) was back in the top five ahead of Kas Haverkort (NLD), as well as his great rival for the title, Dexter Patterson (GBR). Luigi Coluccio (ITA), Sebastian Montoya (COL) and Taylor Barnard (GBR) completed this provisional top 10. Dilano Vant’Hoff (NLD) finished strongly, but could not counteract his underperformance in the first Heat. Starting 67th and last after a regulation problem in Qualifying Practice, Pedro Hiltbrand (ESP) managed to regain 40 places in four races. 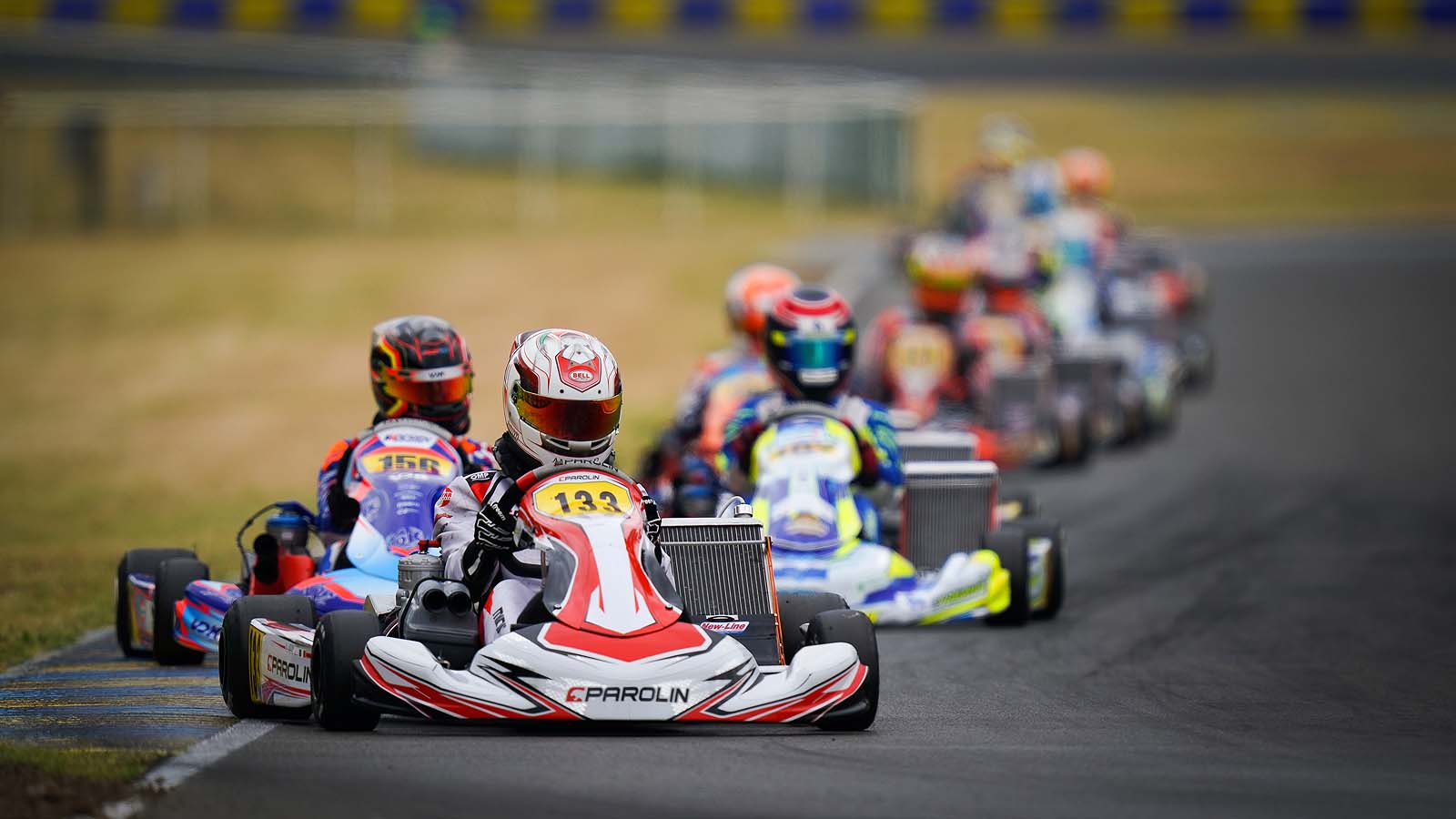 The conquest of the title promises to be full of suspense on Sunday, during the three remaining Heats to be raced and especially during the 22 laps of the Final with a decisive fight between Patterson, Travisanutto and Mini’.

The Qualifying Phases will continue on Sunday morning with a total of six Heats on the programme, one per Driver, before the release of the list of 34 qualifiers for the Finals of the two categories, after which the titles will be awarded.