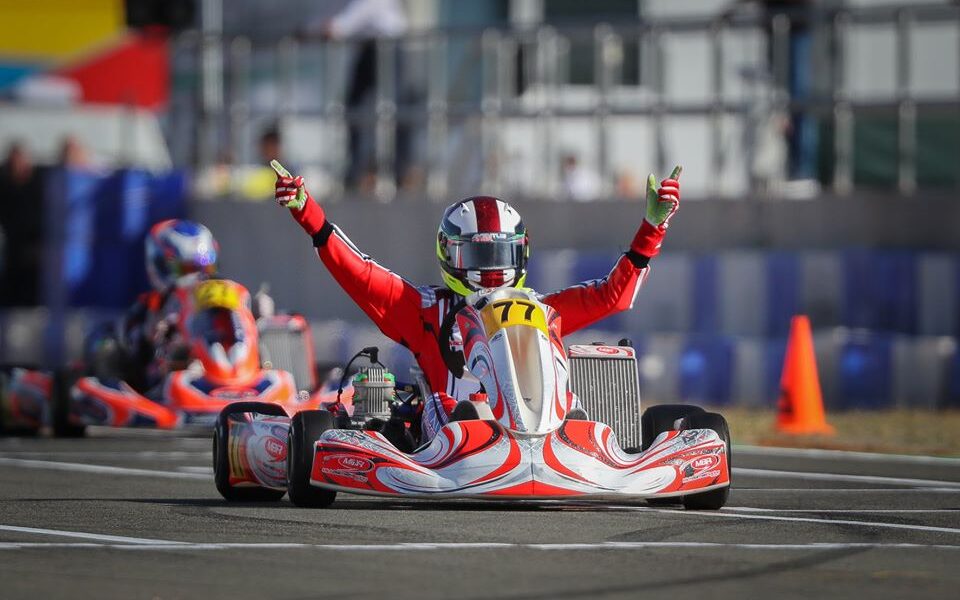 Green light for the start of the X30 Euro Series with large entries.
P S

The 2020 IAME X30 Euro Series is approaching its opening round, scheduled from July 23rd to 26th at Essay, in France. Interest has been high with all categories featuring strong fields of over 50 drivers ready for four days of intense competition! Late entry is still possible in Mini, Junior and Senior in what promises to be an unmissable meeting with some of the best IAME X30 competitors on the international karting scene!

More than six months after the IAME Winter Cup in Valencia, the time has finally come for the IAME X30 Euro Series season to resume. From July 23rd to 26th, the most experienced IAME X30 teams and best drivers will compete in Essay for the first of four race meetings in four countries, France, Spain, Italy and Belgium, from July to October.

The opener of the series will take place on the Circuit International d’Aunay-Les-Bois, in Normandy. Located not far from Le Mans, the 1213 meter-long circuit is considered as one of France’s top-level karting layouts, mixing slow and fast turns along with overtaking spots, including an impressive back-and-forth downhill run where drivers keep it flat-out!

Success has been on the rise over the years for the competition promoted by RGMMC, with a level of racing constantly reaching new highs to make it one of the most disputed karting series in Europe. This should be no different for its 2020 re-start with a provisional entry list for Essay filled with up to 170 competitors from 20 countries in Senior, Junior and Mini, all impatient to return to the track for the first international event reserved to IAME X30 classes since the karting season resumed.

With more than 60 participants so far, Senior (from 14 years old) confirms its rank as the prime class of the series with some of last year’s protagonists like Callum Bradshaw (Fusion Motorsport), Lewis Gilbert (Persistence Motorsport), Jordan Brown-Nutley (Strawberry Racing) and Sean Butcher (KR Sport) driving for the most-competitive outfits from Great Britain.

Junior features an equally-open field close to 50 entries aged between 12 and 14 years old, including some of the most promising drivers shining in national IAME series, like the Belgian Kimmy Abraham (Dimokart), the Pole Oli Pylka (Dan Holland Racing) and his teammate and last year’s Top Three-finisher, the Brit Marcus Luzio.

The Mini class, also filled with over 50 competitors, always produces thrilling racing between the youngest drivers from nine to 12 years old. Contenders for podium and victories will be numerous, including Leo and Edu Robinson (Fusion Motorsport) whose results in 2019 put them among some of the category’s favorites.

The entire meeting in Essay will be streamed worldwide on the IAME X30 Euro Series’s official website and social media pages, allowing relatives and friends to watch at all times their drivers during Qualifying Heats, Prefinals and Finals thanks to the top-level streaming and commentary provided by the RGMMC crew.

Registration is still possible in Mini, Junior and Senior with every new entrant receiving a special package made of two sets of slick racing tires and a ticket for Free Practice! RGMMC is also pleased to introduce a new award in 2020 for the “Driver of the Day” that will be given at the end of each race weekend to the most efficient competitor in each class!

Last but not least, the top three drivers in every category will receive at the end of the season a free entry for the very first IAME International Games! Scheduled on November 26-29 at Portimao, in Portugal, the new meeting hosted by RGMMC will give teams and drivers one last golden opportunity to go racing before putting their material to rest for the Winter break.